Published by Finishing Line Press, “mid-life” is Ana Maria Caballero’s first book of poetry in English. At its heart is the grueling intersection of birth and death that occurs at age thirty, when parents decline, children appear and marriages settle.

It is available for purchase via Amazon and Finishing Line Press.

How necessary it is to read poems that talk about the unpaid labor we do as humans, as women, as mothers, as partners, as daughters, as poets. In “mid-life,” Ana Maria Caballero documents these moments of intimacy and alienation not only with vulnerability but also with tender force. These poems speak of a self that is borne of all the other selves it has encountered, and loved, and not yet loved. The ‘I’, like many of us, is on a plane headed toward a memory, a white room, some other country.

Ana Maria Caballero’s poems take us inside a wild and fierce intellect that, like a house, is on its surface well-ordered and welcoming. Beyond that manicured outward appearance, however, lies the complexity of its domestic life, a life that Caballero explores with an enviable amount of courage.

Ana Maria Caballero’s new collection is a celebration of diminishing innocence and growing wisdom that is indicative of mid-life. Touching upon tenderness, motherhood, anguish and partnership, these poems are as rhythmic as the moods of a newborn child. Caballero shares the ebb and flow of a meaningful writing life. She is a poet that bestows upon the reader “the notion of marriage, of children, of daily love.” Indeed, a fine read.

Ana Maria Caballero is a Colombian writer living in Miami. In 2014, her book “Entre domingo y domingo” (“From Sunday to Sunday”) won Colombia’s José Manuel Arango National Poetry Prize and received second prize in the Ediciones Embalaje nationwide contest. Her work has appeared in over twenty journals, including Smoking Glue Gun Magazine, Red Savina Review, Jai-Alai Magazine, CutBank and The Potomac. She often writes about poetry for Zeteo Journal. Harvard University awarded her a magna cum laude Bachelor’s degree for spending four years reading the world’s best French, Spanish and Italian literature.  Madrid’s Complutense University offered her a scholarship to research her honors thesis work on café life in fin de siècle Paris and Barcelona, which she did, in situ.  Together with her husband, she is a grateful parent to Lorenzo and Nina Isadora.  Ana’s poems and book thoughts can be found at www.thedrugstorenotebook.co. Please contact her at anamariacaballero@gmail.com. 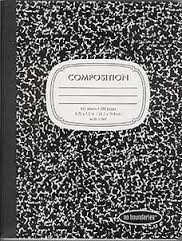